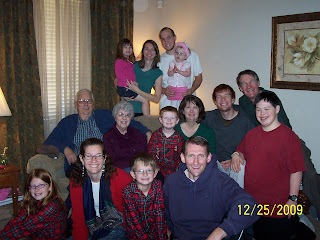 Christmas was great.
After I finished finals on Decemeber 16, I stayed in Provo for several days. Most people were done with finals so it was a great time to relax and socialize. I made some new friends. The monday before Christmas, I drove home to Arizona.

I enjoyed my first days home alone. Meridith and kids came over and we played. Dad and I went shopping for a Christmas tree. I volunteered at the Arizona temple lights. For the second year now I was 'the light guy'. I patrolled around the temple and would fix any of the 250,000 lights around the grounds. It was going great till about an hour before closing. It had rained that day ( a rare sight for arizona outside of August) so alot of the lights were going on and off. I was trying to fix a couple strands at one entrance when I ended up knocking out somewhere around 25,000 lights. There was water all over the connections and it made my job much harder. Anyways, it was still a good night because singles ward from my parents stake was there, so I got to talk to some cute girls :D but that i'll never see again. 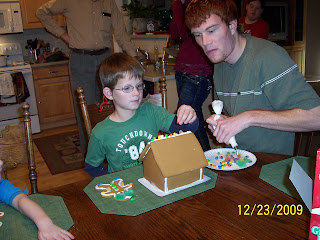 On Christmas Eve my other sister Megann and her family arrived. I love my nieces. We only see eachother a few times a year, so it takes most of our time together for them to warm back up to me. I did my best to play with Libby and after the whole week, she finally would play with me without crying. So that was a success. We all spend Christmas eve at Meridith's house acting out the nativity scene found in Luke 2. I was the narrator. 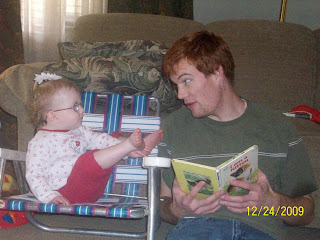 Christmas morning was magical. No really, it was great. It wasn't because of the gifts or the food, it was who I was with. My whole family was there to celebrate that day together. The kids loved the presents and I enjoying giving them as well as receiving some of my own. We enjoyed great meals prepared from my mom and sisters.

My trip home passed in a blur. I went to the single's ward in my home stake, and was amazed at the difference between that ward and a provo singles ward. Another highlight of my trip was spending time with my old friend Etai. He's married now, and spends most of his time, as he should, with his wife. But one day in particular, just him and I drove out to pick up his sister from the airport. It was like old times. We turned the music up way too loud. We talked and debated random topics of interest. We went out to breakfast and ate way to much. We annoyed his sister and got icee's at 7-11. For just one afternoon, it felt like we were kids again and i loved it. 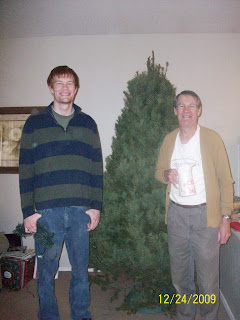 I spent new years eve at home with my parents and Ben. We blew off some noise makers and toasted the new year. It was special just to be there with them. I came back to provo on January 1, 2010. Classes start tomorrow, and I have a new calling in the ward. I have good friends, both new and old. I'm happy and looking forward to whats next.
Posted by Unknown at 12:02 AM

Well said little brother. Christmas was great this year and spending time together was the best. But I must confess, I didn't lift a finger in the kitchen. Mom, Mer, and Grama Peters did it all!