Just so you know...We've officially had it with trying to format the posts on this blog. (Hence changing the background back to the old style.) So, we try to make it look as good as possible, then we give up. If some of the wording doesn't line up with the picts, it's not completely our faults. :)
Posted by Stacey London Richey at 10:08 AM 1 comment: 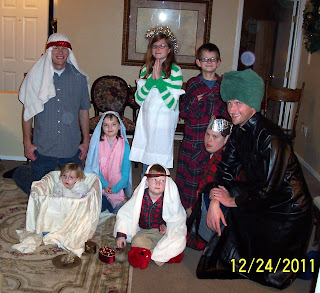 After Jeremy reported to the MTC on Wednesday December 21st, Kyle and I drove up to Bountiful to spend an hour or so with Nyall, Jen (and family), and my parents before we left for the airport. Our flight didn't leave until 9pm, which Kyle and I decided (looking back on it) was just too late. We got to his parents' house without any problems and slept very well that night. We were absolutely exhausted since we didn't get to the house until almost midnight.
We had a great time relaxing and spending time with the family. Christmas Eve, we had a musical talent show. People sang, played instruments (including me on my flute), followed by the acting out of the Nativity. I was so nervous to perform in front of Kyle's family, I don't know why. I guess it was probably because I had never played for them before and I hadn't really practiced nearly as much as I would've liked (since the past week was super busy with the London family). It turned out just fine, though, and I'm glad I did it.
Christmas was great. We got up around 7:30 to open gifts. Kyle and I got a lot of DVD's this year. :) I made him a scrapbook basically of all the little things that happened while we dated. I think he rather enjoyed it. 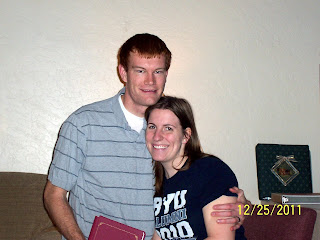 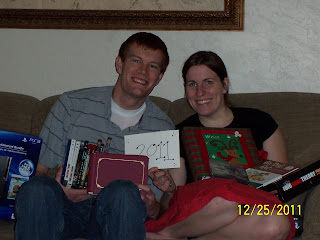 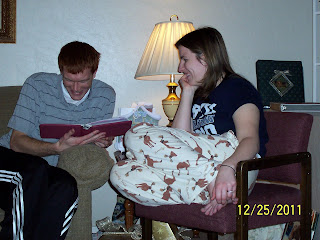 I had a lot of fun spending time with Lainey and Libby, helping them color in the coloring books they got for Christmas. 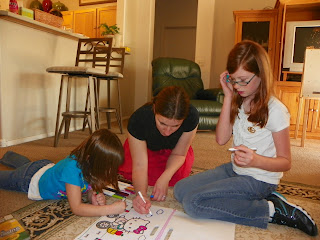 Later that week, we went to Schnepf Farms. We had a great time going on a hay ride and feeding the deer. :) Kyle enjoyed riding the little kid bikes, too. :) 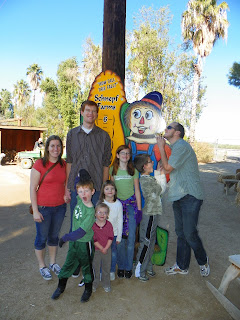 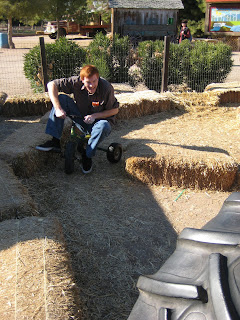 Posted by Stacey London Richey at 9:16 PM No comments: 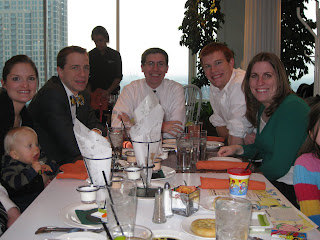 Tuesday December 20th, the London family met at the SLC temple to do a live session together (Jen and Chantelle spend the time watching their kids, so they weren't able to attend the session). It was such a special time because not only was it my first time in the SLC temple, but all four of us kids were in the temple together for the first time. My parents did a great job, I guess! ;) After the session, we did a sealing session. That was the first time I'd ever done a sealing session. We had such a great time. After the session, we went to dinner at the Joseph Smith Memorial Building at "The Garden" restaurant up on the roof. 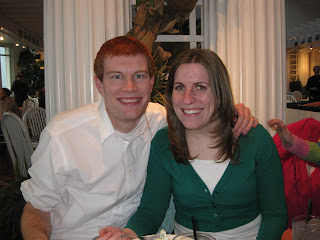 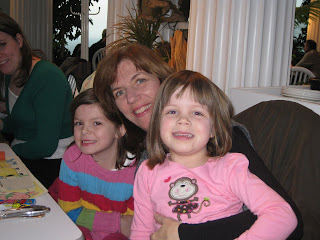 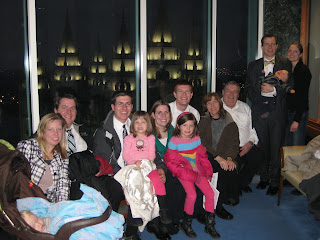 After dinner, we walked around temple square to look at the lights. Due to the traffic last year, Kyle and I were unable to see the lights, so this was the first time we got to see them together and the first time we'd been back to the grounds since our pre-wedding picts. :)
(For additional pictures, see my facebook page. :)) 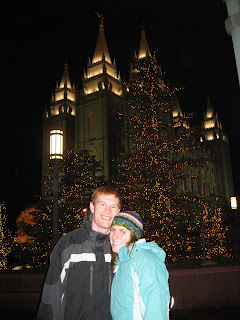 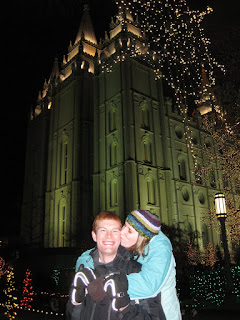 Christmas with the Londons 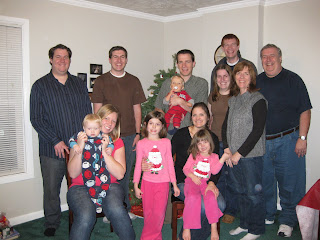 On Sunday December 18th, the London family came over to our house to have an early Christmas celebration before Jeremy reported to the MTC that Wednesday. The last time we were all together was for Kyle's and my wedding and the time before that was Chris and Chantelle's wedding 2 years previously. So, it was a lot of fun being all together, especially with 2 new additions this year! 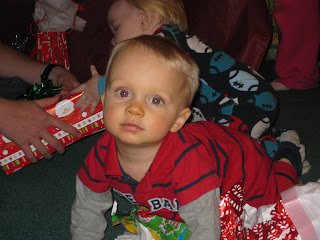 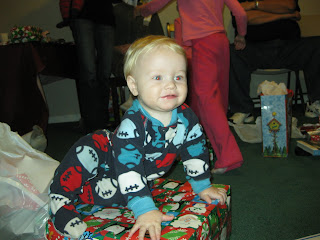 Connor on the top (age 9 months); Douglas on the bottom (age almost 11 months).
We had our traditional Christmas dinner of ham, scalloped potatoes, green beans, and homemade rolls. After dinner was finished, we read "The Miracle of the Wooden Shoes." It's an adorable book. Cambria helped read the last few pages. I couldn't believe how good of a reader she is already! She's barely 7 and was definitely reading well above her age level. :) After the story, presents were passed out and opened one at a time from youngest to oldest. 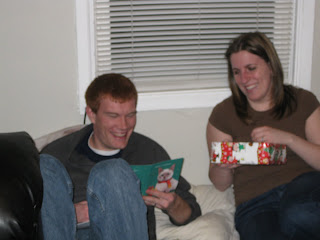 Kyle and I received a "meowing" singing cat card from Jeremy (as well as a puzzle and a Panda Express gift card). :) Thanks Jeremy!
After presents, we had our traditional London Mint Ice Cream Dessert (it's a chocolate cookie and butter crust with mint chocolate chip ice cream and fudge on top, then topped with whipped cream if desired). It's definitely one of my favorites. :)
Posted by Stacey London Richey at 8:34 PM 1 comment: